Hearing that Sally Ride, Steve Jobs, Patrick Swayze and so many other have died from pancreatic cancer breaks my heart. I had no idea that diagnosis was difficult for medicine because we imaged acute pancreatitis in 2006 with a non-invasive radiology. I believe it was just before we started lecturing advanced infrared in medical education for education credits.

We were lecturing in Chicago and asked to look at a young man who had just had shoulder surgery. While I looked at the shoulder, I asked what was going on with his abdomen area? I later found out he was hospitalized before that for 4 days and diagnosis was inconclusive. After the imaging, the mom contacted me to say he was diagnosed with acute pancreatitis.

I immediately got a call from a medical doctor asking how we saw the pancreas behind the stomach with a technology that measures surface temperature and even picked out the shape of the pancreas. We employ the most advanced temperature applications in the world and simplified the process so it can be seen by medical professionals in their clinical environments.

After many years and hard work by lots of people, Acute

Pancreatitis can be seen and is lectured in medical education for education credits medical professionals require for licensing. The Energy Medicine Program is one of the most advanced medical educations in the world and teaches medicine at a cellular level. Click on the highlighted link above and see a letter from the health administrator as well as those that lecture this advanced program. The program also includes the amazing work of Professor Anthony Bove of NuMagnetics whose advanced, unique magnetic designs reduced inflammation, increased circulation, increased nerve conduction related to diabetic neuropathy, regrew nerve fiber, etc.

They would be applicable to every patient and are a required compliment to medical objectives. Here is a link to a time-lapsed infrared video showing Professor Bove's Work during our investigation of his work. All magnetic fields are not created equal and it isn't applicable to any other magnetic designs. How significant is increased circulation? Try living without it.

Here is a picture of Acute Pancreatitis and the information is available immediately in front of the patient. For more information including the early detection of breast cancer, visit our Medical Page. 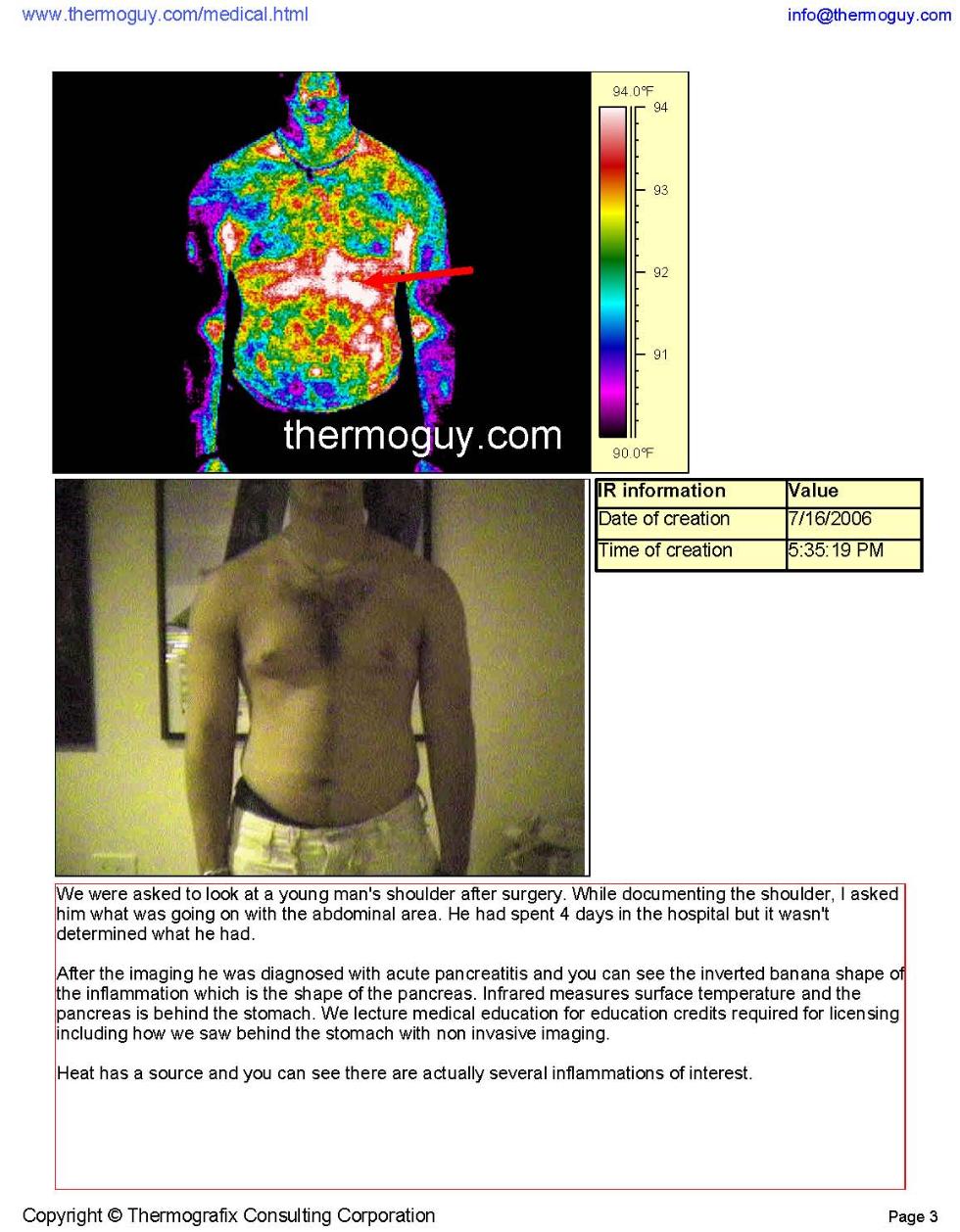 [Source] Acute Pancreatitis Can Be Seen With 100% Non Invasive Imaging

Acute Pancreatitis Can Be Seen With 100% Non-Invasive Imaging "I had no idea that diagnosis was ..." ~ Curtis Bennett http://t.co/vo7JW8ZOR2