Toronto Hydro "smart" meter activation
[Image Source] Toronto Hydro
On December 1st, 2008, Toronto Hydro activated the "smart" meters in my neighbourhood. I did not know exactly what health effects to expect from their wireless transmissions. I was aware that it was not going to be good.


Several weeks in advance I had informed my landlord on Wright Avenue that I did not consent. He had a professional engineering designation and I was not the sole tenant in the house. He went ahead to allow the activation and informed me a few days ahead of time that it was to be done. The 2-way wireless transmitting "smart" meter was mounted on the house close to where my bed was located inside.

At the time I was already substantially harmed from unavoidable exposures to wireless electricity from working at a wellness show two weeks prior. I was in a healing crisis caused by Electromagnetic Fields (EMF) exposures, especially from the Radio Frequency Microwave Radiation. The most harm originated from an exhibitor across the aisle from the booth where I was located. There they used a portable point-of-sale payment processing terminal. 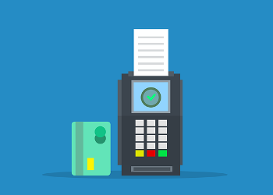 I was not able to sit up for very long at my hardwired desktop computer, not enough to fully write a STOP letter to Councillor Gord Perks. A few days before the planned activation I sent by email a portion of what I wanted to say before I collapsed into bed.
On the first night of the activation, when I went to sleep as usual, I had a vivid dream. A dark shadowed, hooded figure with a sickle, whose face I could not see, appeared and asked me whether I wanted to "Live or Die". 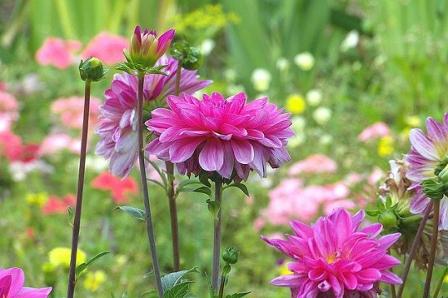 Fortunately I was given a choice. In my imagination I shouted "LIVE".

I slept for two days solid, except for once a day brief awakenings for necessities of life.


Again, the identical dream came back the next night. Once more, I forcefully commanded "LIVE", invoking every power of goodness that I could do.

We are spiritual beings with a soul and spirit living in a physical body and we each have the power to create a miracle, with a heart of kindness. 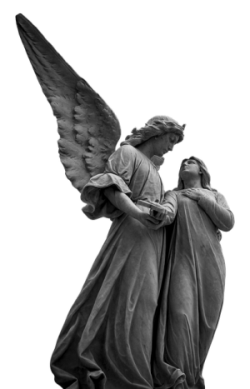 Angels are always at the ready to do as we bid
in times of crisis.

Wave of Tingling Energy
Each time I directed my body to live, I felt a tingling wave of energy, starting at the top of my head and running down my spine to my toes.


I had begun the repairs to heal myself to whatever extent I could.

On the third day after the "smart" meters activation, I was rested enough to stay awake and discover the damages that had happened to my body. I did not have the words to describe my loss of functioning.


During the next several weeks I knew that I had lost most of my verbal communication skills; however, I could repeat simple things that I had said over and over for multiple years.


I do not consume alcohol and my speech came out slurred. Even worse, I could not organize words to form new sentences, although my brain did think thoughts clearly.


I could type better than speak and my computer was infinitely forgiving as I corrected mistakes. When I sent an email, if appeared as if I was normal.


Also, occasionally, without being able to predict when it would happen, I lost my grip on glassware in the kitchen and items crashed to the floor. 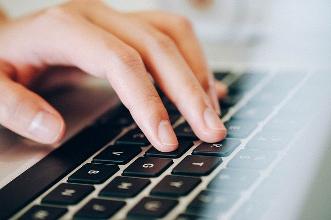 Keystroking made me appear normal, without the recipient appreciating how much work it took.

For three months no one would help me, no matter who I called.


A close friend dropped me because I could not be coherent while speaking.


The local hospital, St. Joseph's Health Centre, forbad me to attend there.


All the doctors' offices that I contacted, including the holistic ones, used wireless devices such as cordless phones. On top of that, other patients' cell phones were permitted to be used in their reception areas.


I was too physically weak to withstand any more non-ionizing radiation. Public transit was not accessible. I travelled by foot or bicycle, which restricted my selection of where I might attend. 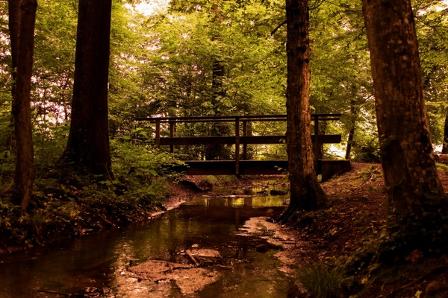 "Go with him or perish."
Then a friend in wellness who I had not spoken to in 5 years, when I last worked with him, offered to help.


With his permission, I slept on it overnight and received a message in my dream, "Go with him or perish."


My friend invested his time and natural healthcare products in me. I started to gradually improve.


A bit later I learned that my whole food supplements were the same as required for those who were exposed to ionizing radiation and I realized additionally how serious my circumstances were.
He convinced me that without any computer software coding skills, I could learn to build his web site and do his electronic newsletters. I meticulously articulated his every desire to be outstanding, even though it took me ten times longer than a well person to do the work, while crafting each design.

Jumping ahead to the summer of 2010, a person who is internationally recognized for his knowledge in the harm of EMFs, Barrie Trower, was invited to lecture at the University of Toronto.

This was a once in a lifetime event and it prompted me to begin a web site to promote his talk, that was entitled 'The History of Microwaves: From Weapons to Your WiFi'.


Professor Curtis Bennett  made, and later fulfilled, a promise to make my life far better. I could barely hold the phone, not understanding why someone that important would want to speak to me, especially when after a moment I could not remember what he had just said. The calls came regularly for nine months.


Then one day he announced that I "had passed every test", when I had not realized that I was being tested because the calls seemed to be so non-invasive, staying within my energy limits of how long I could manage to speak.

A turning point in my life was on the horizon. The reason for this major milestone, was that my Magnetic Soles had almost arrived.


Until November 1st, 2011, I had no idea these newly designed wellness devices even existed, and then I discovered that the physicist who created them, Professor Anthony Bove, along with Professor Curtis Bennett, lectures these technologies in Continuing Medical Education for credits required for ongoing licensing for doctors and other professionals.


On top of that, the Energy Medicine Program opens the door for selected others who are willing to learn. 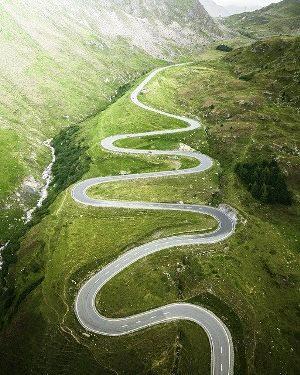 A turning point, when my Magnetic Soles arrived 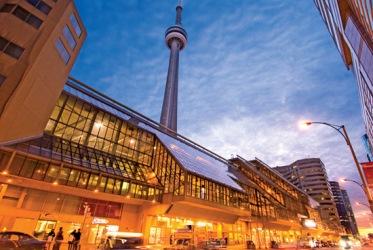 
I counterbalanced my enthusiasm. Inside, I was wondering what would happen, knowing of a possible extreme internal cleansing reaction, as I adapted to this revolutionary technology inside my shoes. Would my body's adjustment to my "Molecular Massage" prohibit me from carrying out my duties?

For two and a half decades, I had significantly benefitted from the earliest designs of the magnetic field by the same inventor, Professor Anthony Bove.


Unfortunately, the magnetic products that had restored me to a limited degree of competence had fallen apart about a year before the "smart" meters activation date.


I was left highly vulnerable. There was nowhere else within my apartment to relocate my bed, to lessen the pending danger. 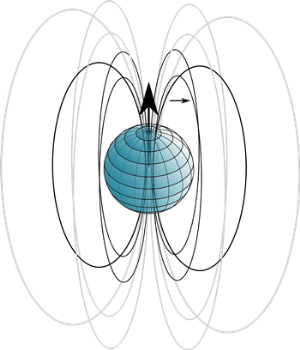 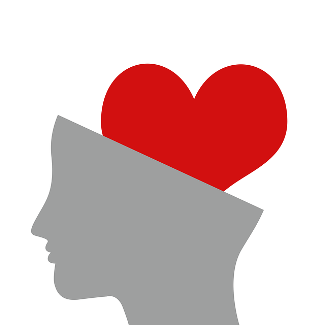 Transforming Fear into Love
Upon returning to the MTCC, would I again be overpowered by the Electrosmog of the show attendees' cell phones, merchants' wireless devices and the wireless output of the nearby CN Tower, just like three and a half years ago?


Inside, I hoped that I would be okay, once I got over the initial curve, if there was to be a big dip.


In my mind, I had prepared myself, and transformed my calculated, rational, massive fear into love.

As it turned out, I had no sensations or negative side effects whatsoever from my Magnetic Soles. I experienced much stronger energy and endurance.


Sure, I had fatigue; however, now wearing my Magnetic Soles, my enervation level was much reduced, as compared to before. This time, after the weekend event was done, it took me three days to recover to a point where I could function well again.


Instantly, my cells were correctly in alignment, interrelated just as if I had not been without my magnetic apparatus. 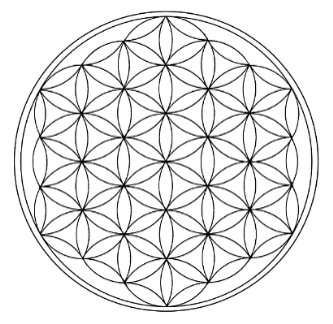 Instantly my cells were correctly in alignment
In fact, while at the show, a friend measured my aura with his testing device and my personal energy field was triple with my shoes on, in contrast to my  shoes with Magnetic Soles off my feet. How wonderful it was to have an independent verification of what I figured would be the case!

In summary, three and a half years ago, within a comparatively much safer time period, before the wireless transmitting "smart" meters were activated in my neighbourhood, it would have taken me a month of recovery with mostly bed rest, with diminishing over time alternating fever and chills, to "normalize" from absorbing so much non-ionizing radiation. I had learned to live with my symptoms and could predict accurately what to expect after working a weekend at an event.

I could accurately predict my alternating fever and chills symptoms after working an event. 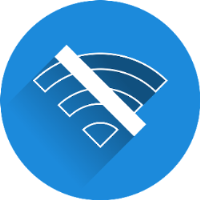 Most folks have no idea of what they are doing to each other with their wireless devices, oblivious to the serious biological risks and long term health consequences. Especially horrific is knowing what we establish now will apply to all future generations through genetic mutations. Those with weakened immune systems and chronic medical conditions, babies and children, the elderly and those carrying little ones on their way are in the highest risk group. 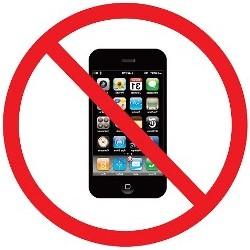 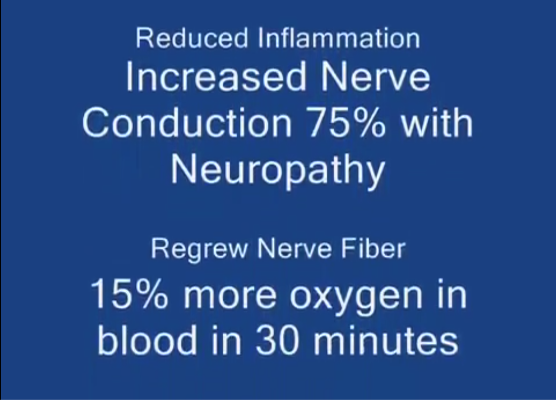 Reduced Inflation, Increased Nerve Conduction...Image
Copyright © Thermoguy. All rights reserved.
My energy has been steadily increasing by a tiny amount each day since the show. I cannot feel the Magnetic Soles working at all, simply see the results of my significantly better nerve conduction, knowing that I am regrowing nerve fiber slowly because memories of who I am are returning, experiencing increased bioavailability of nutrients and having more oxygen in my blood.


My Magnetic Soles complement all other paths to wellness that I am employing. My friends can see that I am much stronger too.

Some days I am exposed to environmental hazards that are beyond my control, especially from the Radio Frequency Microwave Radiation component of Electromagnetic Fields (EMF).

Neurotoxins bring me down too.

Now I am able to recover and balance myself much more easily than before. I am testing my limits on outings, and know when I have overdone it and need to stay within my Environmental Sanctuary at home until I return to my usual level of wellness. 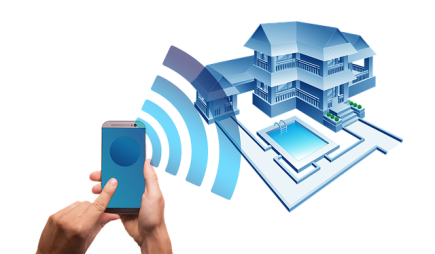 Radio Frequency Microwave Radiation from others' transmissions harms me

It is my desire to keep progressing and I look forward to a much better future.


I wish to share this amazing new technology with as many as possible, while I do my best to stop the sources of the challenges to our Planetary sustainable survival and help co-create "Paradise on Earth" for Humanity and Creatures. 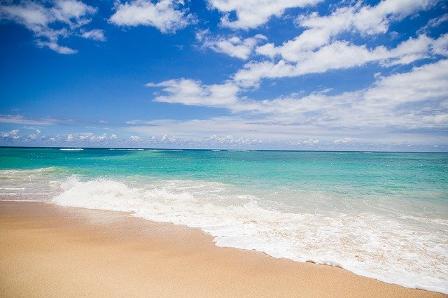 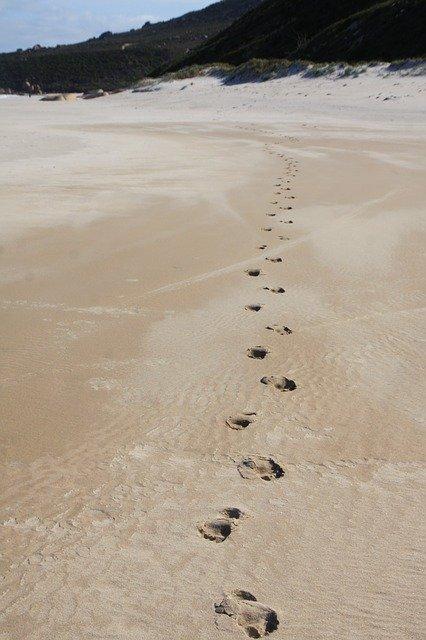 I wish to deeply express my gratitude to all those who are helping me on my journey.


I was barely hanging on to life by the skin of my teeth.


A few carefully chosen best friends and finest wellness coaches stepped into my life, especially Professor Curtis Bennett of the Integrative Health Forum, with endless hours of devotion to service.

I wish a similar increase in natural energy for you and yours!